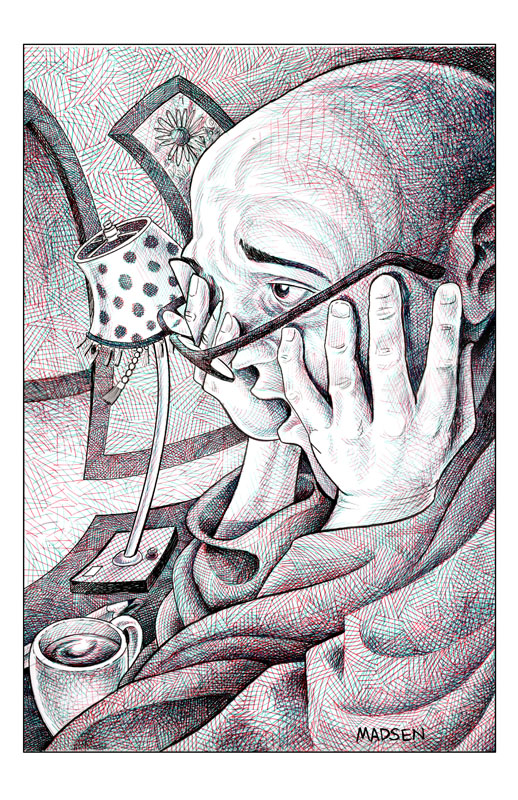 Scott Madsen is a proud New Jersey native, as well as a compulsive serial-doodler, who can be seen drawing at any time with almost anything available.
After a lackluster academic career in local public schools, and a hitch in the Navy, Scott followed his passion to become a professional illustrator. Upon graduation from The Kubert School in 1985, he worked freelance on various projects for private clients until landing a position as Illustrator at Backes Graphics, Inc. He went on to become Lead Illustrator, and worked as such until leaving the company in 2000.
Since 2000, Scott has been exploring a variety of mediums and techniques. Pushing personal boundaries while embracing chaos and randomness has been a focus of Scott’s more recent work. However, he always tries to maintain his basic drawing fundamentals and humor. Having never been one to buy into the “thinking outside the box” strategy, he sees creativity as being something that is formed within multiple “boxes” simultaneously. Scott bases this creative strategy on the idea that for one to think outside the box, then one must first know what is in the box.
Over the years Scott has had many influences ranging from R Crumb andWill Eisner to classic masters such as Picasso, Leger, Braques, Dali and Monet