I was  reflecting upon the selection of my paintings for this show and looking for a thread or theme that would lead to a title.  Many of my images involve night visions of roads and malls.  The malls that caught my attention were older, decaying with damaged gravel parking lots.  The displays were of odd merchandise, the neighboring stores lit by mismatched neon lights.  I became enamored of them on my nightly commutes home driving north on Route 1.  Having spent the evening working in either the Emergency Department or Operating Room of a hospital I was usually coming off an intense emotional state and as I decompressed, the road, what was on it and around it took on a strange, “noirish” attribute. In the darkness, with little traffic and closed stores lit by neon I felt like I was between worlds.

Mercury is the Roman equivalent of the Greek God Hermes. In mythology he is the god of trade, commerce, roads and travelers as well a being a divine trickster. Boundaries and the transgression of boundaries are in his rule and he is able to move freely between the mortal and divine. As a “psychopomp” or guide of souls to the next life he was of the few who could cross the boundaries between Olympus, earth, and Hades(the underworld).

Seemed like I was in Mercury’s realm at midnight, traveling dark roads past aging places of commerce feeling like I was in a different dimension.  Boundaries were broken as artificial light conspired with color to mystify geometry and mass while the shadows mixed like shades from the underworld.

Styles, fashions and products change making way for the next thing.   Stores and roads crumble and are torn down to make way for the new.  The mall of a number of these paintings has now been torn down.  Gods and civilizations are replaced.  As long as we are here, though our bodies break down, the human spirit survives.  Everything that lives eats and as long as there is humanity the spirit of commerce and travel, Mercury’s realm, will continue, past our midnight. 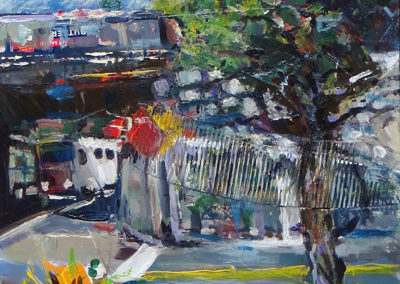 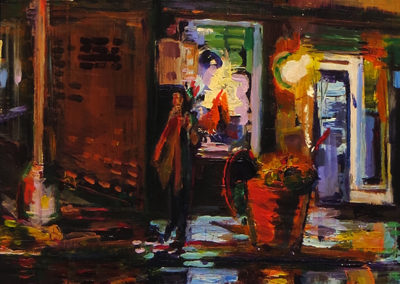 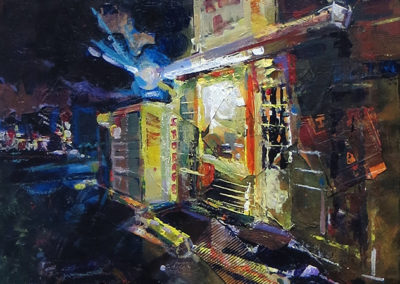 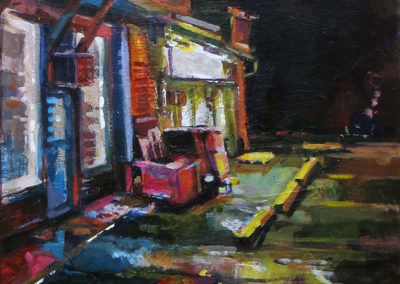 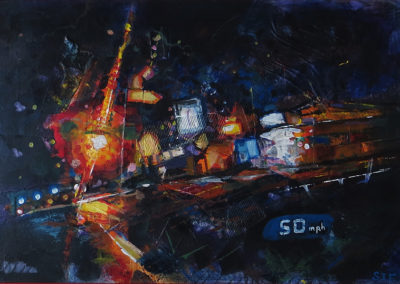 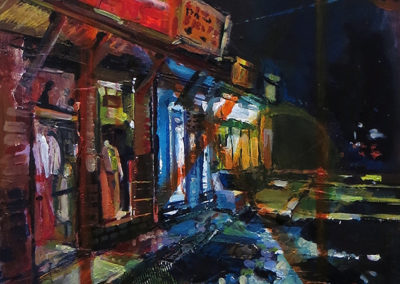 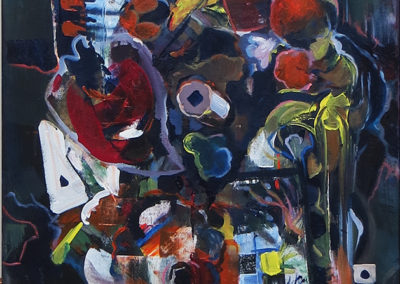 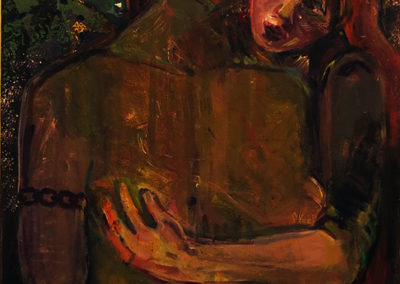 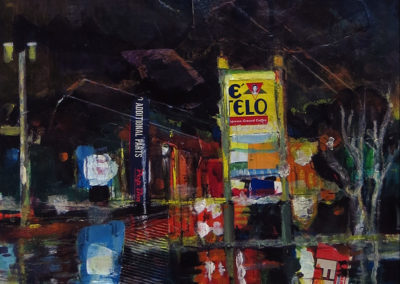 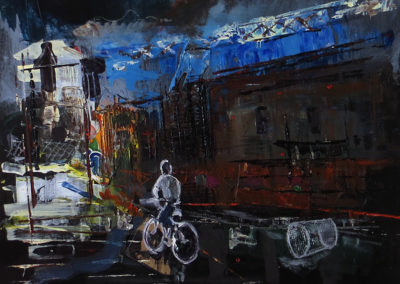 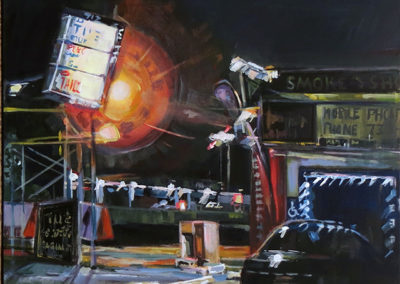