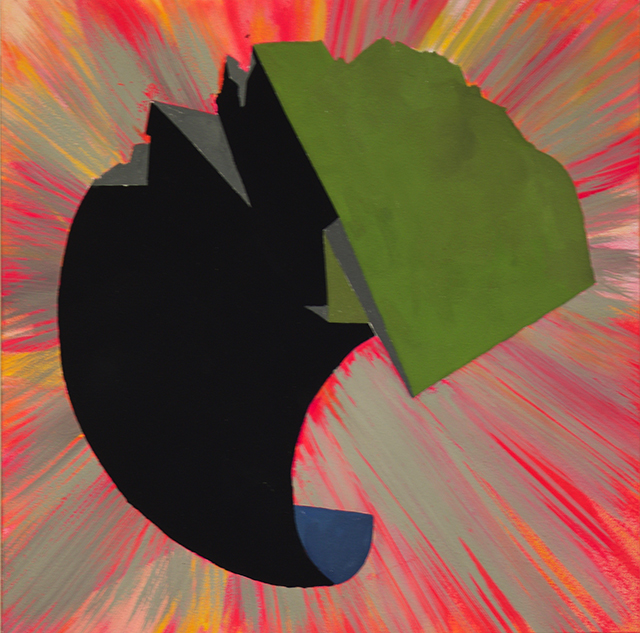 On August 21st 2017 there was a total solar eclipse that lasted for 58.7 seconds in Salem, Oregon. As the eclipse began, a multitude of small crescent shadows filled the ground formed through the pinhole spaces between the leaves of the trees. Also, the sunlight dimmed, the air noticeably cooled, and bugs and birds reacted like it was dusk, even though it had been a mid-morning full of sunshine. For the duration of the eclipse I felt a heightened awareness of myself and the space around me. Eclipse 2 is part of a series that consists of twelve 12”x 12” gouache paintings where I try to capture the experience of that short moment in time.