In a less complicated time, in a typical New Jersey suburban town, my father was employed by the Post Office Department. A lot of WWII, Korean War, and Viet Nam Vets were attracted to civil service government jobs like the Post Office because of the benefits and extra points they would receive on the qualification tests. The Post Office test was especially difficult, but my dad passed , got the job and his foot in the door toward a more secure future. He started out as a mail carrier and later became a clerk opening up the Post Office at 5:30 am. As the perfect P.O. prototype, he became a master at sorting mail, knew every mailman’s route, the exact corner of every mailbox, and memorized all the zip codes. Most of his time was spent providing important information to folks at the service window, weighing and sending off parcels, selling stamps, including air mail stamps, and yes, he was an avid stamp collector. He participated in the 8 day strike of 1970 with the rest of the Postal Union for better pay and working conditions, and despite Nixon’s ordering out the National Guard and the rest of the military, they won the battle. My dad earned enough money to raise 3 kids, pay off a mortgage and retire at 65 with a full pension.

During this brutal time, the very existence of this solid, necessary American institution, employing 470,000 people, and the epitome of our First Amendment right to free speech, is threatened by union busting corporate privatization, and most recently by an obnoxious, deceitful executive order, putting our right to vote in peril. It is heartening to see citizens, regardless of party, reacting in defiance towards such attacks. Everybody loves the Post Office. It’s in every town in our diverse culture, and it’s in our history from Ben Franklin to Norman Rockwell to Santa Claus.

For this exhibit 13 artists have work on display with a diverse range of art, including paintings, prints, collage, photographs, and sculpture, all relating to the Post Office. 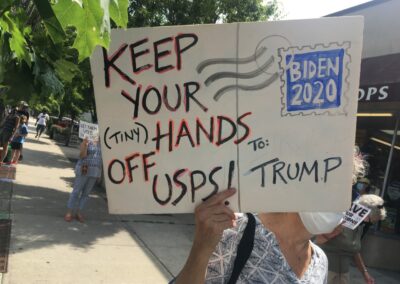 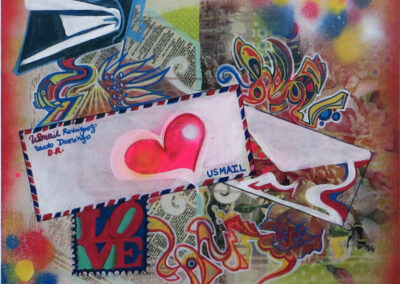 Shauna Figueroa “Save The Post Office” acrylic and aerosol on recycled canvas, $1,000.00 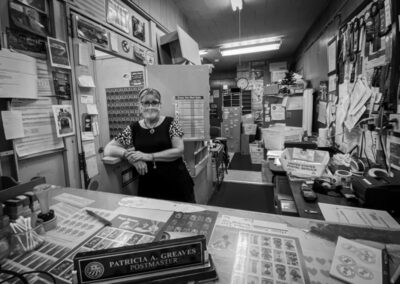 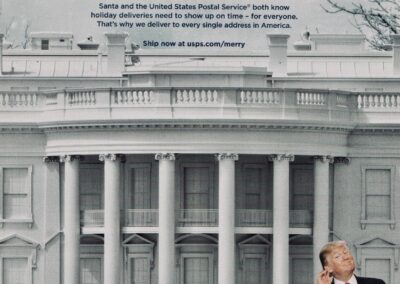 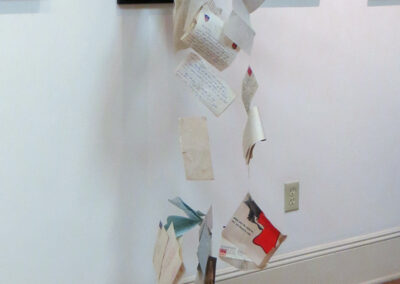 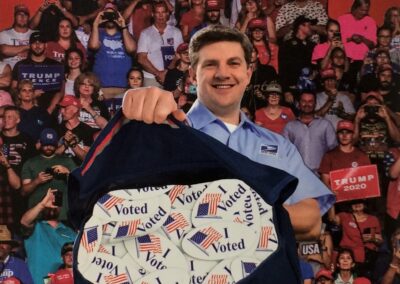 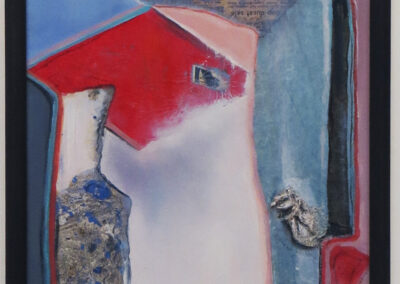 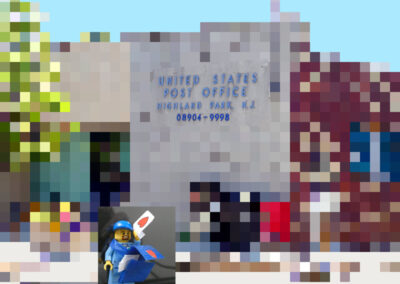 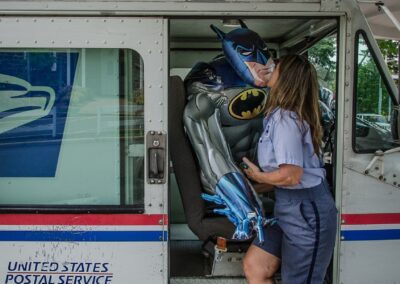 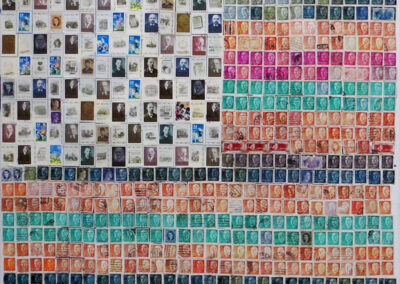 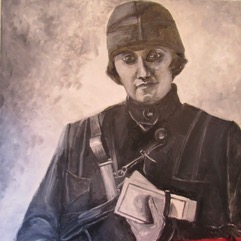 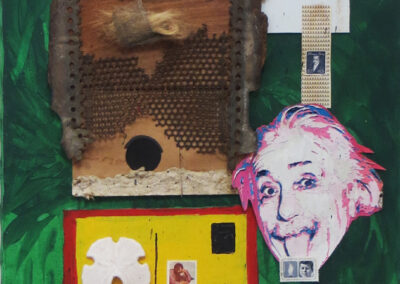 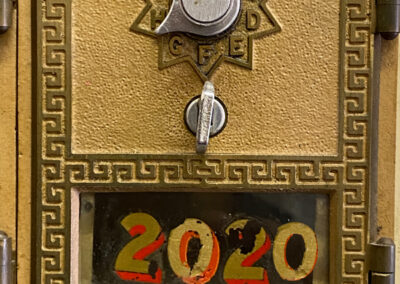 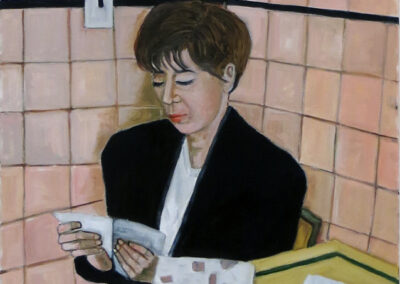 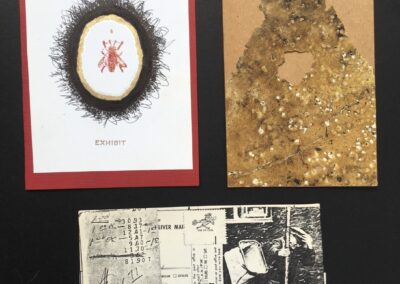 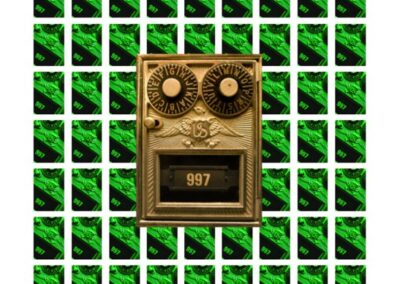 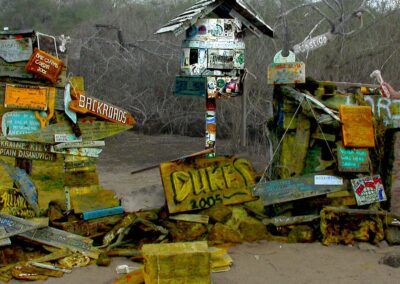 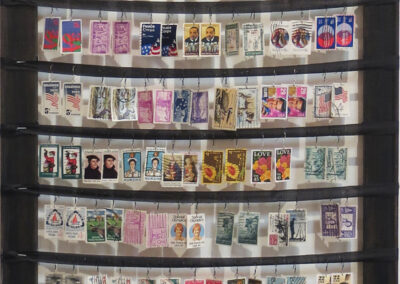 Misha Basalaev “Earrings “R” Us” earrings made from postal stamps and Sterling Silver,  $800.00 for all, or if sold separately each pair is $20.00 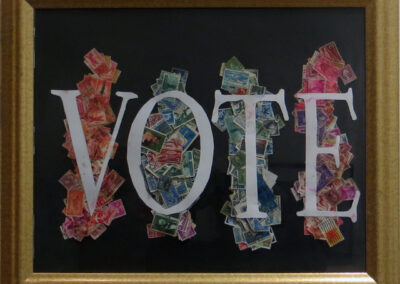 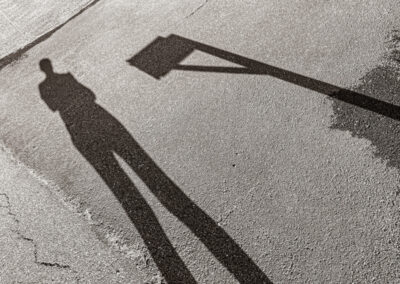 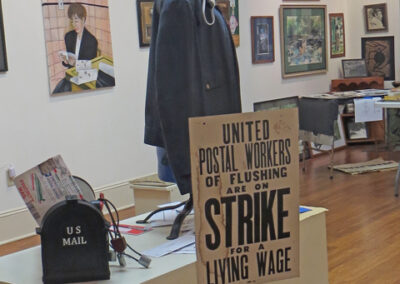