Painting has been a function of my life, like breathing, walking and eating. The visual language of two-dimensional picture-making was natural when I was a child, then grew to become a passion and craft as a young man. Since then, it has become like a wild friend that never seems to get tired and always wants to go on an epic road trip. Just when you think he’s burnt out and lost his phone, he’s on the doorstep with two tickets and an espresso machine.

On a deeper level, I began to discover the power of removing boundaries; laws, rules, mental blocks and bad advice. It took time and patience to unglue the rusty guardrails and well-worn paths that I had imagined were integral parts of my artwork. Attempted emulations of my favorite painters such as Neo Rauch, Francis Bacon and Jenny Seville produced work that was stiff and lifeless. Photorealistic renditions of photoshop collages were pretty pictures, but even more flatlined.

My mission eventually emerged; paint like the drawings in my sketchbooks. It was freedom from overly conscious composition and a designer’s concern for color harmony. The driving forces of subject matter or articulated narrative became irrelevant. Planting such seeds in the soil of experience and fertilized with the pages of hundreds of sketchbooks, I have formed what I believe is my most uniquely personal work. 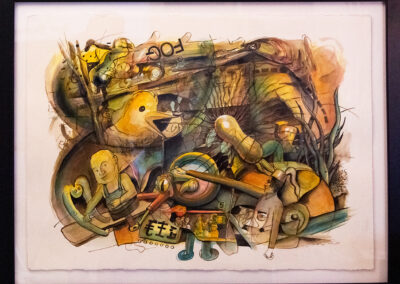 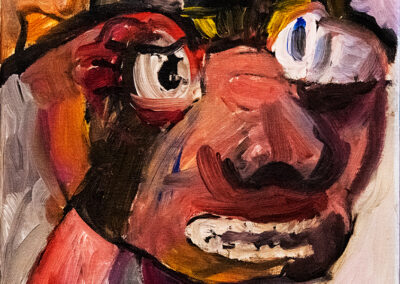 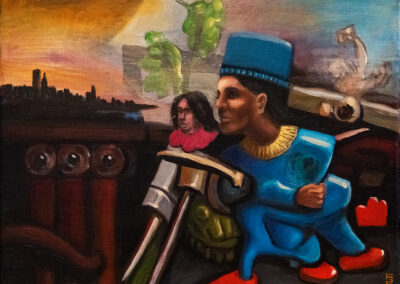 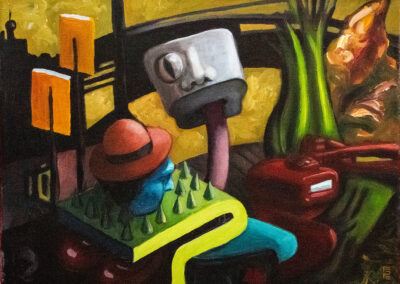 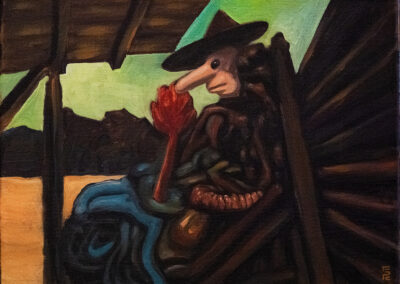 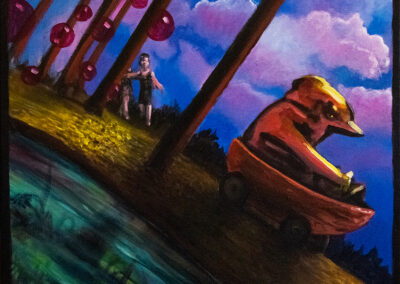 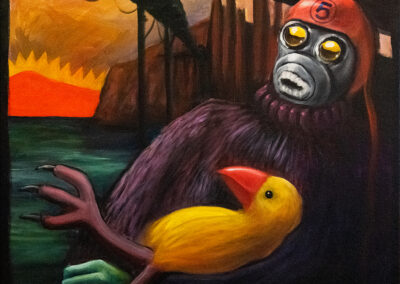 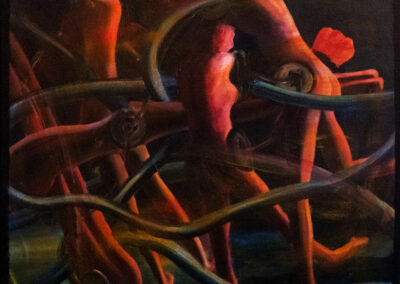 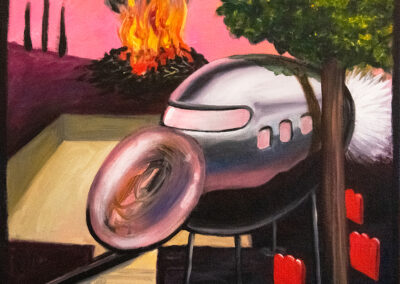 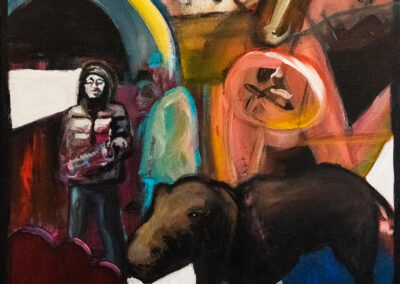 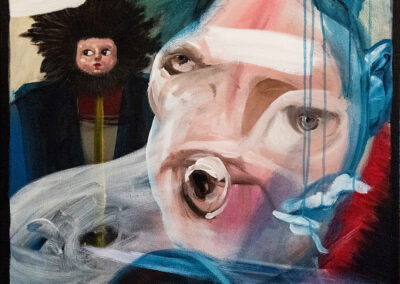 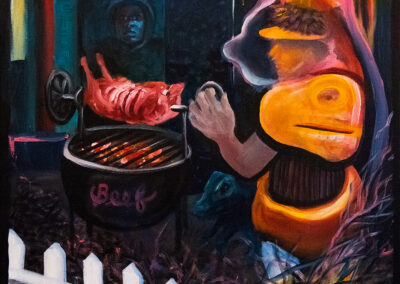