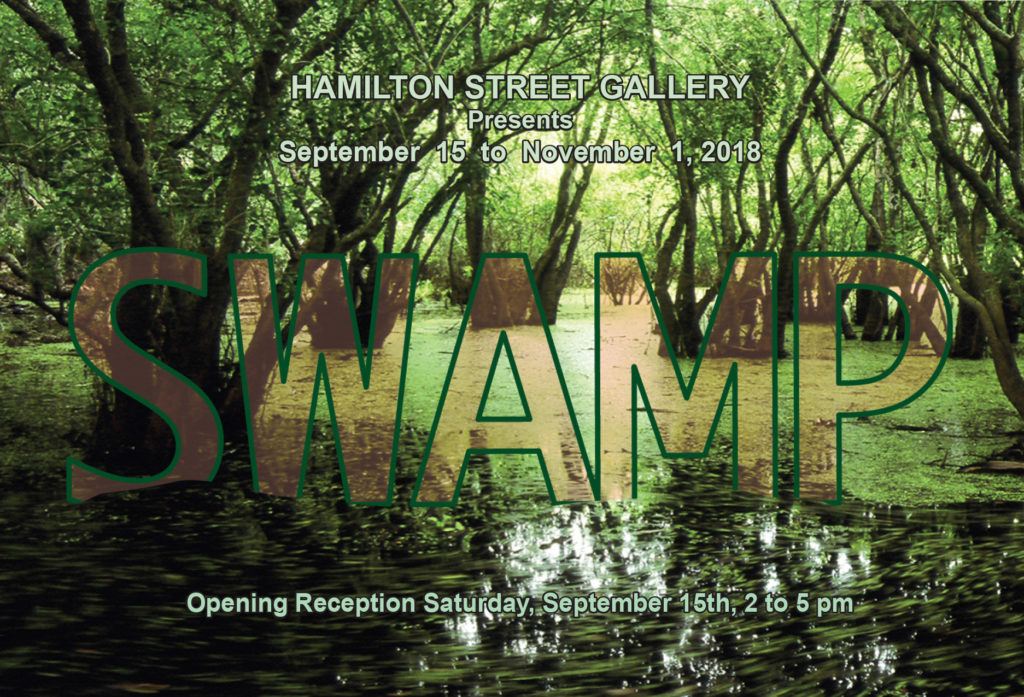 There is a legend that Washington D.C. is built over a swamp, and occasionally rampant mosquito infestations have been known to spread disease.

During Donald Trump’s presidential campaign, the catch phrase “Drain the Swamp”, implied the promise of an upright, ethical administration that would not enrich itself through profit driven political opportunism. It would protect the rights of hard working Americans and “Make America Great Again”. Well, after nearly two years into his presidency and as we stand ankle deep in the muck, Trump’s corporate empire has flourished in the swamp. Former CEO cabinet officials, pro industrial lobbyists, private sector staffers, and other swamp creatures like the Koch brothers, briskly backstroke up the Potomac in their quest to brazenly line their alligator purses with billions of dollars by deregulating and dismantling federal policies instituted to protect and preserve our safety, health and freedom.

For this juried exhibition 23 artists working in a variety of media, investigate and reflect upon the idea of a swamp, and all things relating to it.

Visit our online store here to purchase work from this show 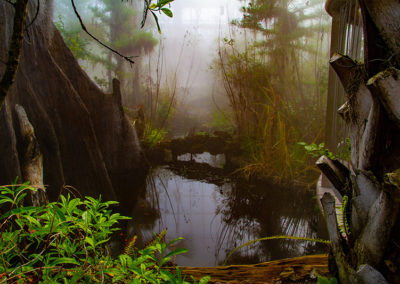 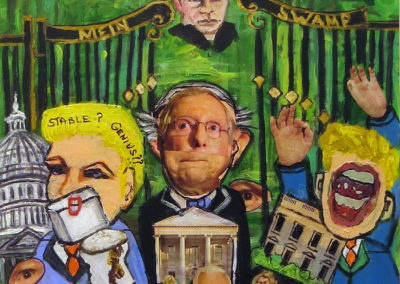 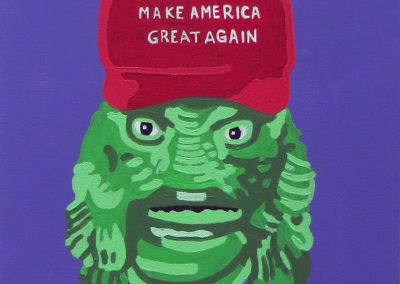 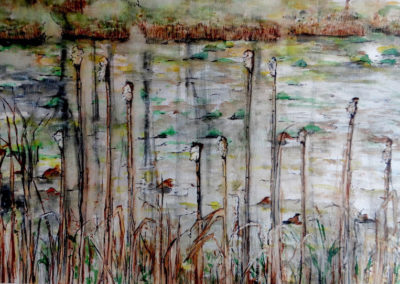 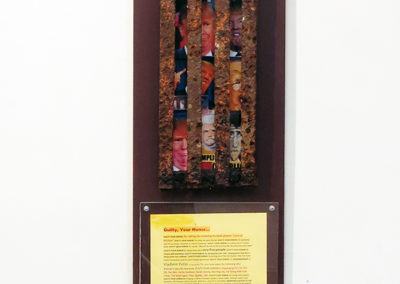 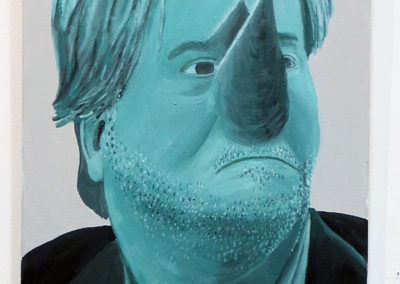 Brad Terhune “I Alone Can Fix It” collage 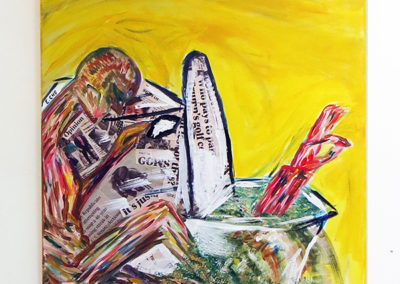 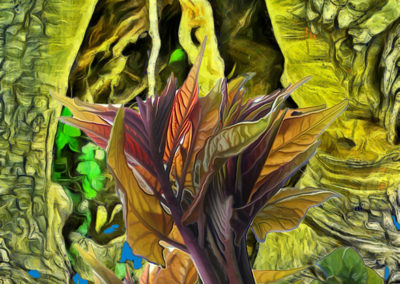 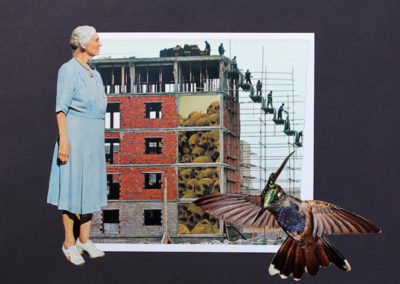 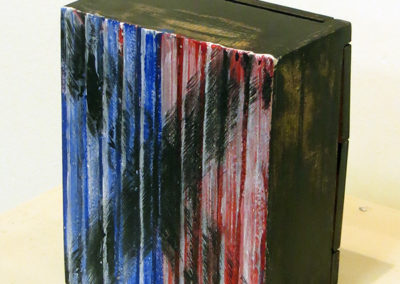 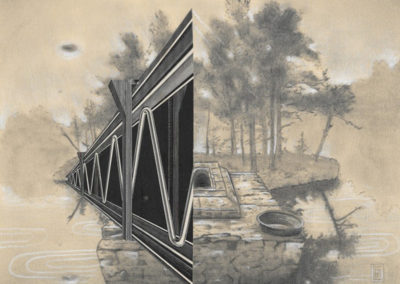 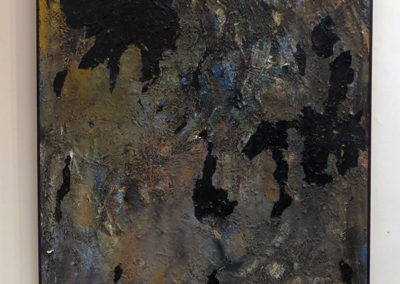 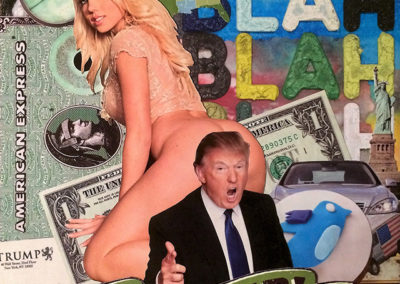 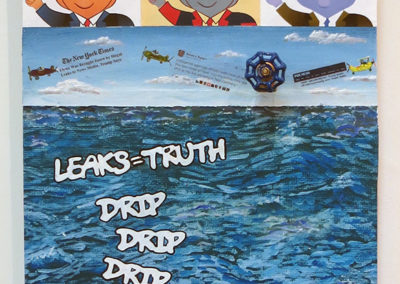 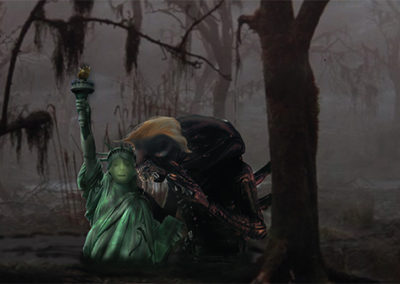 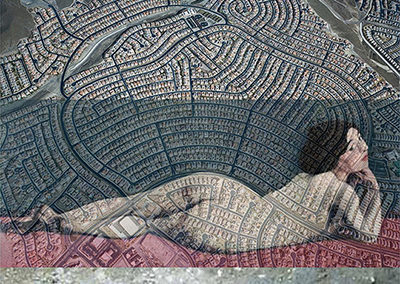 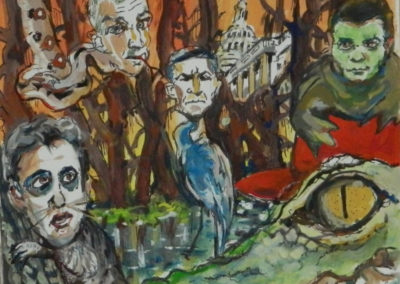 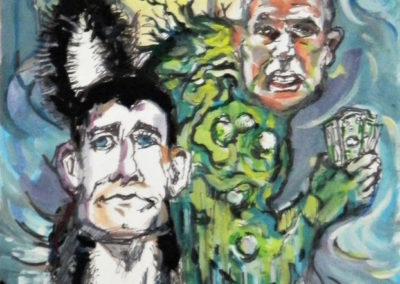 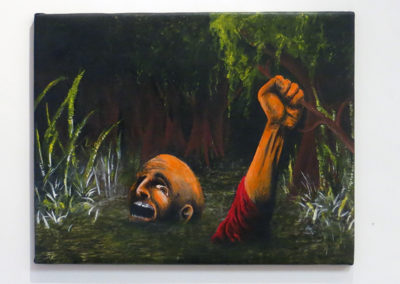 Neil Besignano “This Swamp Is Killing Me” oil on canvas 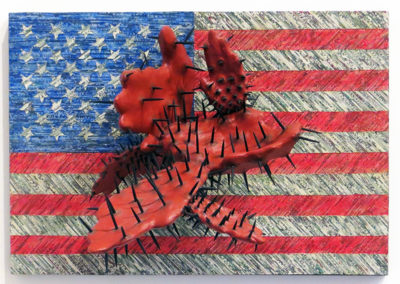 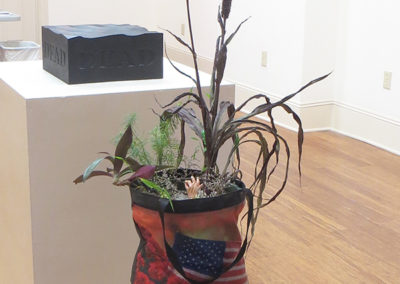 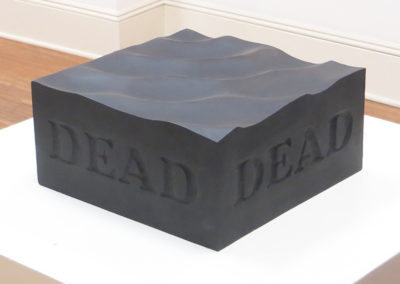