“The hybrid word hypnerotomachia may be understood to mean ‘the strife of love in a dream.” (Jocelyn Godwin 1999)

Figments/Iterations: A Hypnerotomachia is a series of works that have been percolating in my practice for over a decade now. It began as the “macrobiology series” of drawings – meant as a grey-scale psychedelic meditation on sub-atomic time/space/quantum theory and mysticism. In the meantime, I had stumbled upon the book Hypnerotomachia Poliphili. The 15th century text is filled with gorgeous woodcuts, groundbreaking typography and archetypal Humanist allegory. I was particularly fascinated by the emphasis on architectural forms as symbolic narrative – a love affair with finials, obelisks and archways as sexual metaphor. In tandem with the drawings, I’d been working on my ceramic mold making / clay slip casting practice and I had accumulated many forms that had been populating my studio space for a period of a decade. They needed to be rediscovered and appropriated for a new purpose, almost as if I was using them as found objects rather than their original use. This was particularly freeing for me and, in hindsight, reminded me of sculptor Viola Frey’s ‘bricolage’ technique.

The use of color in this series is vitally important. Due to decades of subversion from the duality of conservative visual symbolic constraints, “pink” has lost its political cache as a symbolic gendered box. Included in our embodied self, pink is still largely a color of carnal arousal, hunger and love. Tapping into feminist culture work, my thoughts are that, beyond all the centuries of external strife and the political manipulations of gender / race / belief / tradition / surface / superficial aspects of what make us human; we are animal and at our core we are meat. Within that is the prime egalitarian argument. The hues of flesh / cartilage / blood / bone / fur/ offal are what guide Figments/Iterations; A Hypnerotomachia series’ color scheme. In that sense, these wall-hung and free-standing sculptural objects are also memento mori – ‘you are meat and meat is meant to die’ – so live well, while you can. 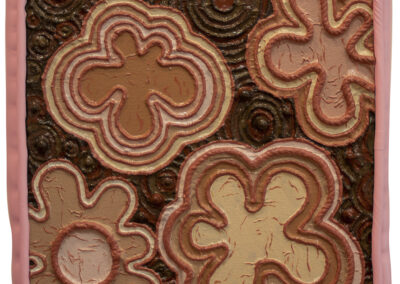 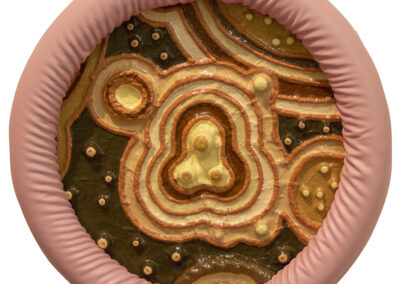 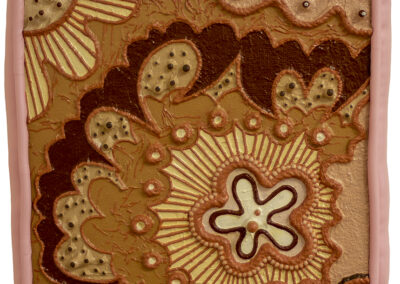 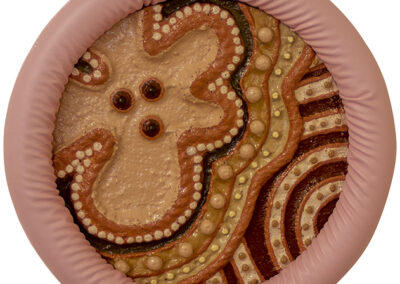 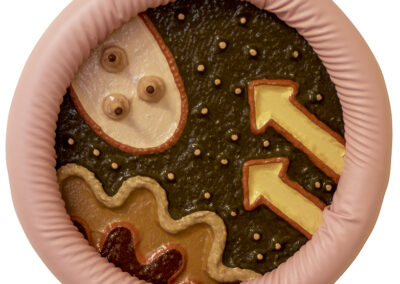 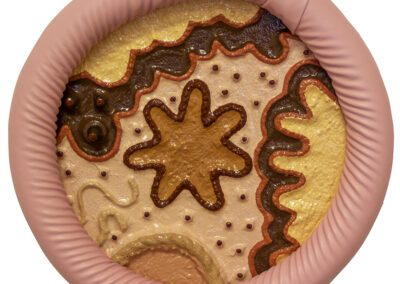 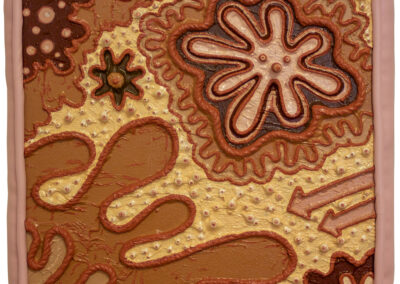 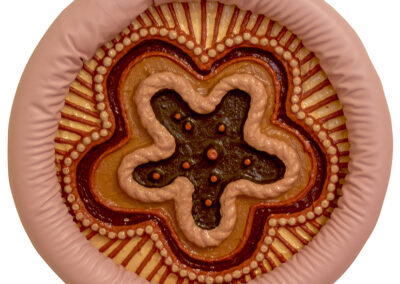 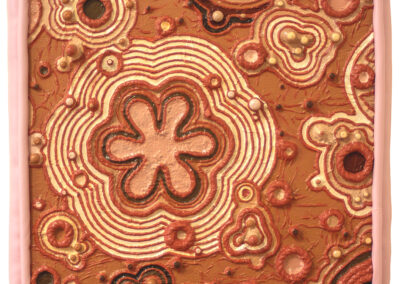 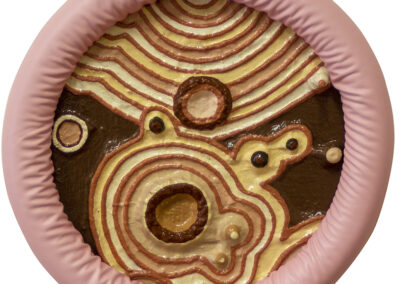 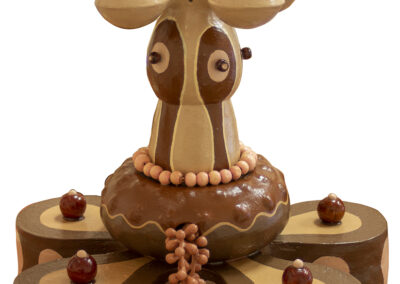 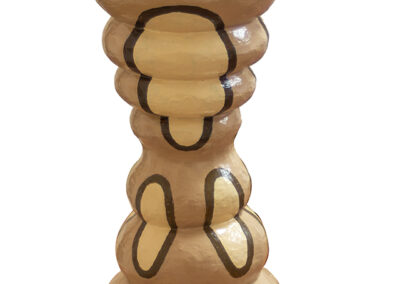 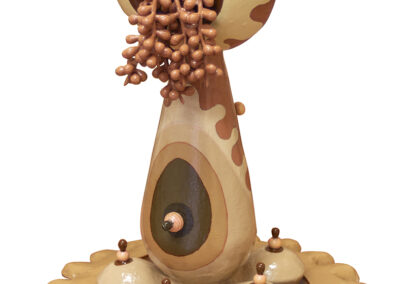 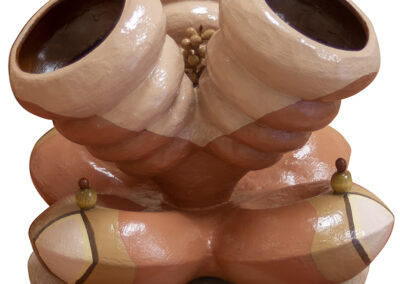 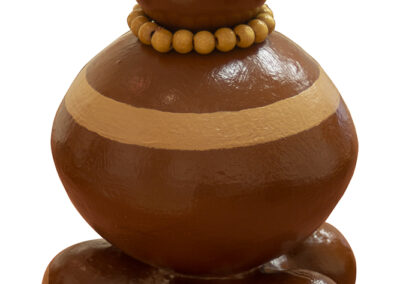