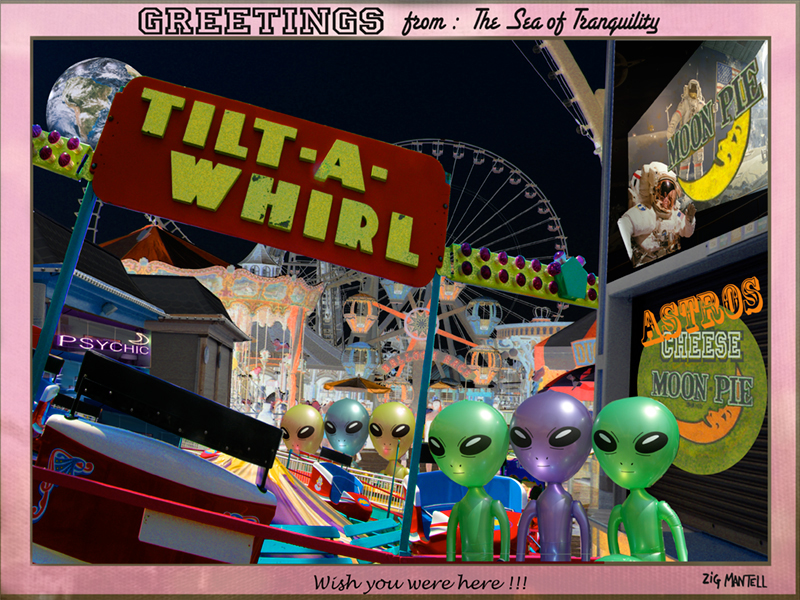 The postcard is an old American custom

When you go someplace nice, you think of your friends and family still at home. Naturally, you send them a postcard to let them know what a wonderful place you are visiting, and they would love it

too. Of course, you want to share your happiness with them. and the picture on the postcard offers the visual stimulation to entice a positive reaction from them. So, what do postcards have to do with the Moon? These postcards were created during the large full moon we experienced at the end of September 2015, when the moon was at the closest point to the Earth in many years. If there is proof of lunacy during a full moon, then maybe …..

We have labored under a full moon for too long.

Some say; America obsessed about sending a man to the moon for twenty years.

Some say; It was a Tricky Dick Nixon enterprise, covered up in 18 minutes of silent tape that revealed that conspiracy.

Some say; It was the Flying Saucers.

Some say; These postcards were created in order to lure unsuspecting Americans into Outer Space, by little green men.