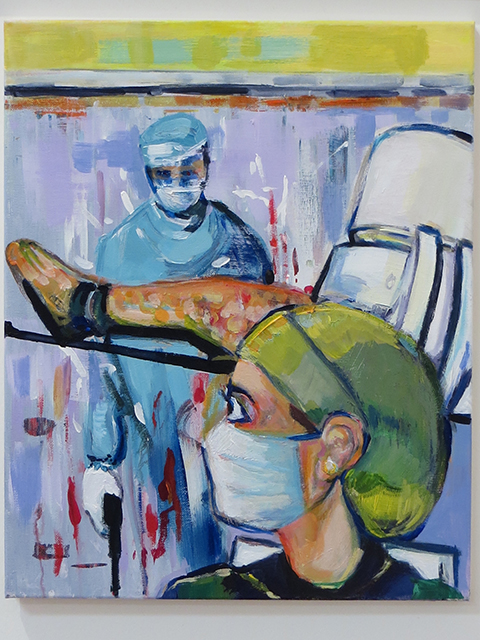 “When you get a chance … “ In my current occupation I’ve often been in the Operating Room working a fluoroscopy machine called a c-arm. It is usedregularly in orthopedic cases. I still find the experience of being witness and accessory to the opening up of a live human b-ing, where parts are being cut out and put in, a bit disorienting and surreal. The rooms are usually crowded and though you’re working as a team you’re also stepping all over each other and fighting for space. Cases involving hips are especially blood. The personnel in the room are extensions of the will of the surgeon He’s the captain of the ship and you’re out at sea. It’s often difficul to adjust to the sugeons’ style and demands. Sometimes when things are not going smoothly the surgeon will act out. You and the rest of the personnel in the room can become subject to his displeasure as he looks for someone to blame for a possible failure.You begin to suspect that the captain might be incompetent, dangerous or crazy and there’s no way out.