Joan Sonnenfeld “Stream of Gold” oil and collage on canvas 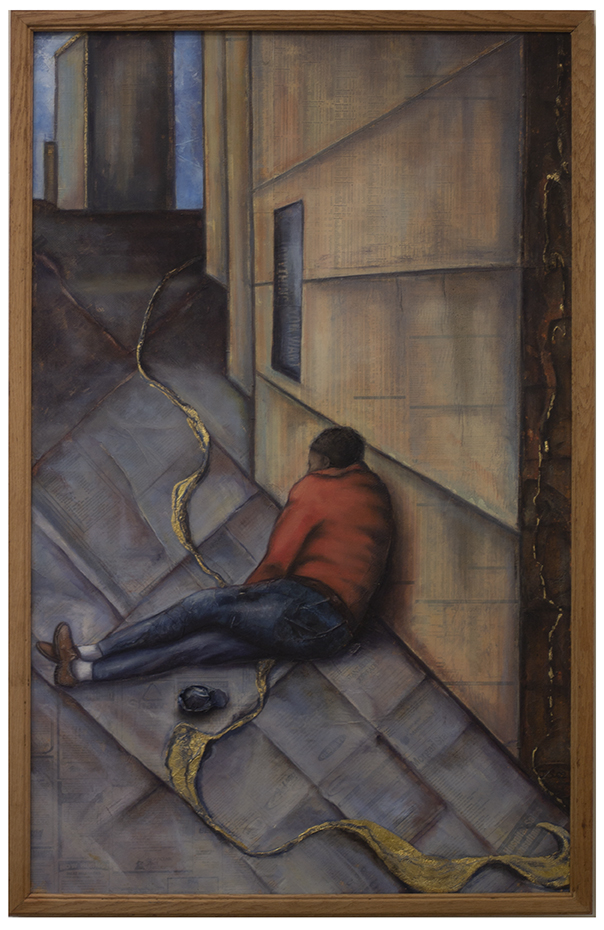 Since Ronald Reagan’s presidency in the 1980s the concept of trickle down economics has been dribbling around. The idea that tax cuts for the wealthy would create a generous surplus that could find its way down into the pockets of poor and working class people, has proven to be nothing more than a myth. Similar to an Amway scheme, only those at the top get richer through shady investments, loop holes and stock buy backs. Developers of luxury housing use a comparable strategy as they pursue depressed areas in cities and towns. They seduce politicians with a trickle of gold by promising jobs, business stimulus and sweet tax relief incentives. This results ind destroying neighborhoods, and displacing the poor which often ends in homelessness.