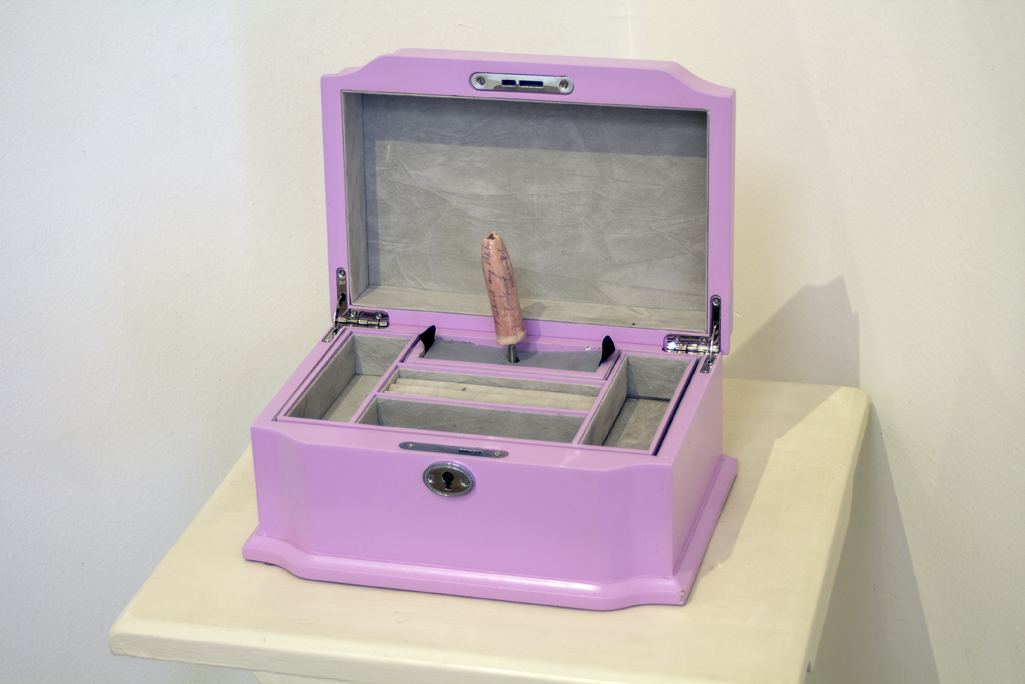 The three pieces I have in this show were created with each other. They are an exploration of imagery from an overly romanticized view of violence and white supremacy. With both staged photos, agency within the strict gender role expectations is explored through the formalized idea of the female as an object on a pedestal, under threat from, desired by and simultaneously protected by mutual aggression of the male towards the female and other males. The staged photos came out of the process of creating the music box. The music box is a particular statement about generational violence against women and families that the worship of an overly aggressive dominating male role has left us with as a society. The tune for the box is one that I remember hearing from childhood. Que Sera Sera is originally written by Jay Livingston and Ray Evans in 1955. It’s literal meaning, What will be, will be, speaks to me about the lack of action towards violence and devastation that we are expected to accept within our families for the support of second amendment rights, in the United States of America.