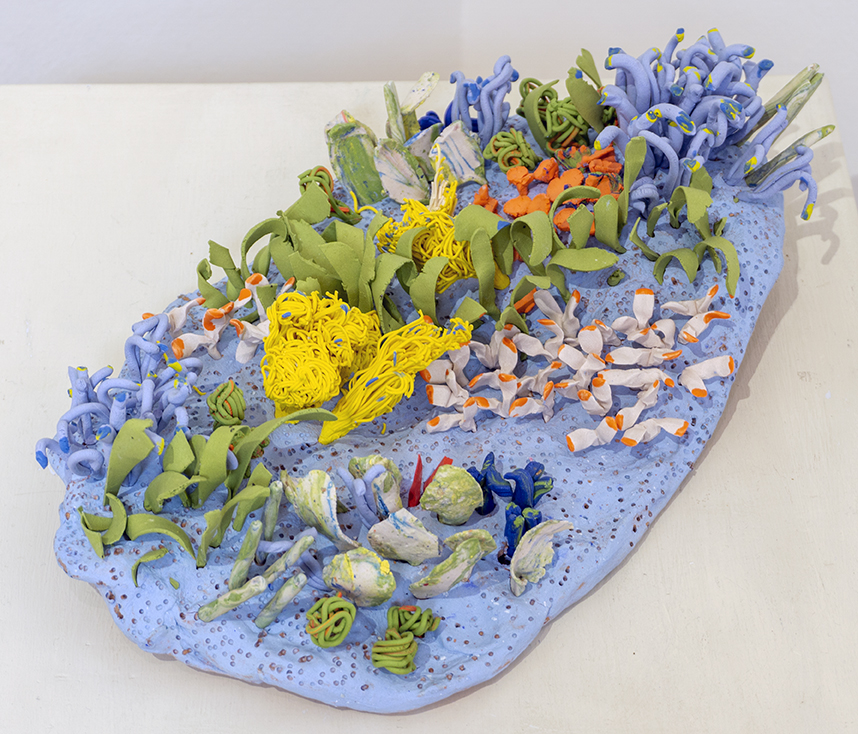 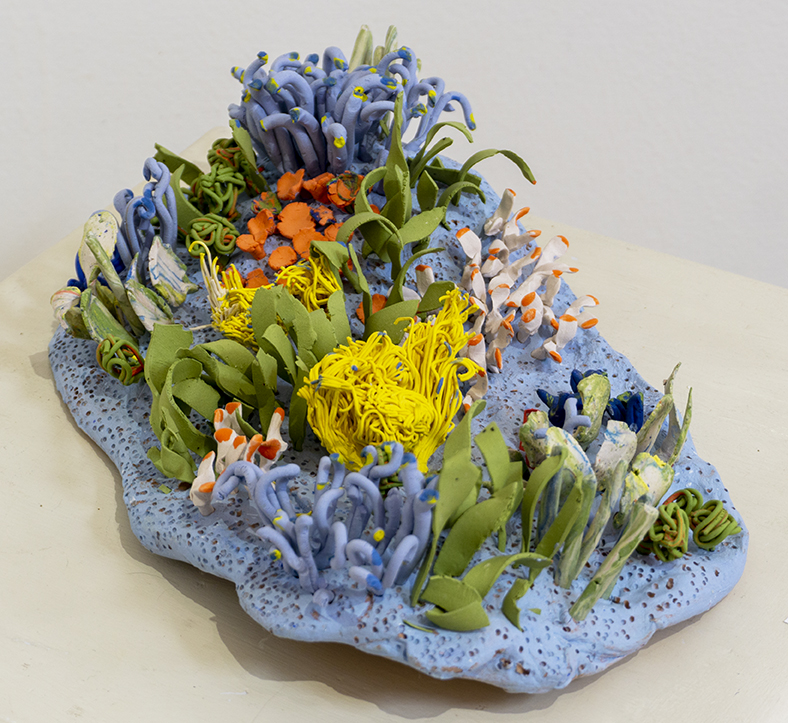 Working with my hands since early childhood, particularly with clay, has been a source of pleasure and on occasion, great fulfillment.  When I engage in this media, I get so absorbed with the process, that the “real world obligations” disappear.
My inspiration is based upon nature and its surroundings with the commonality of how mathematics and mathematical formulas are continuously found in nature.  The sequence of sunflowers seeds, pineapples, and many other magnificent natural orders have very specific progressions.  This has had a profound influence on my work, which for the last few years have been carved and/or hand built.  Math was my major in college and my college thesis was “Mathematics in Nature”. This apparent connection between my clay works and nature has evolved over the years, and I truly believe this is related to my higher education.
From the beginning of working with clay, the process of carving or distorting clay has been a priority.  In 2011, after an almost 25 year absence, I once again became a ceramic student.  Working at the wheel became a challenge, physically, so hand building became an avenue to explore with intensity.  Whether I hand-build, roll a slab, or extrude the clay, the smooth surface calls me to distort, carve, or bend it.  Initially I gently carved into the clay with dental tools; however I find that using carved textures and designs are more intriguing.  My carvings have gotten more intense and more daring, as I have continued this method – from light indentations to deeply cut designs as exemplified in my works.
Most of my works have been electric fired, however during the last couple of years, almost all of my work has been soda fired with remarkable results.
The exploration into the ceramic world is most challenging with the many phases a single piece has to endure – designing, creation, firing, and then the final stage of surface treatment and firing again.  There are so many stages which one can fail, however the test is perseverance. It’s worth the effort.
More recently i have been exploring working with colored porcelain after taking a workshop on colored clay.  This has opened a whole new venue with lots of room for imagination.