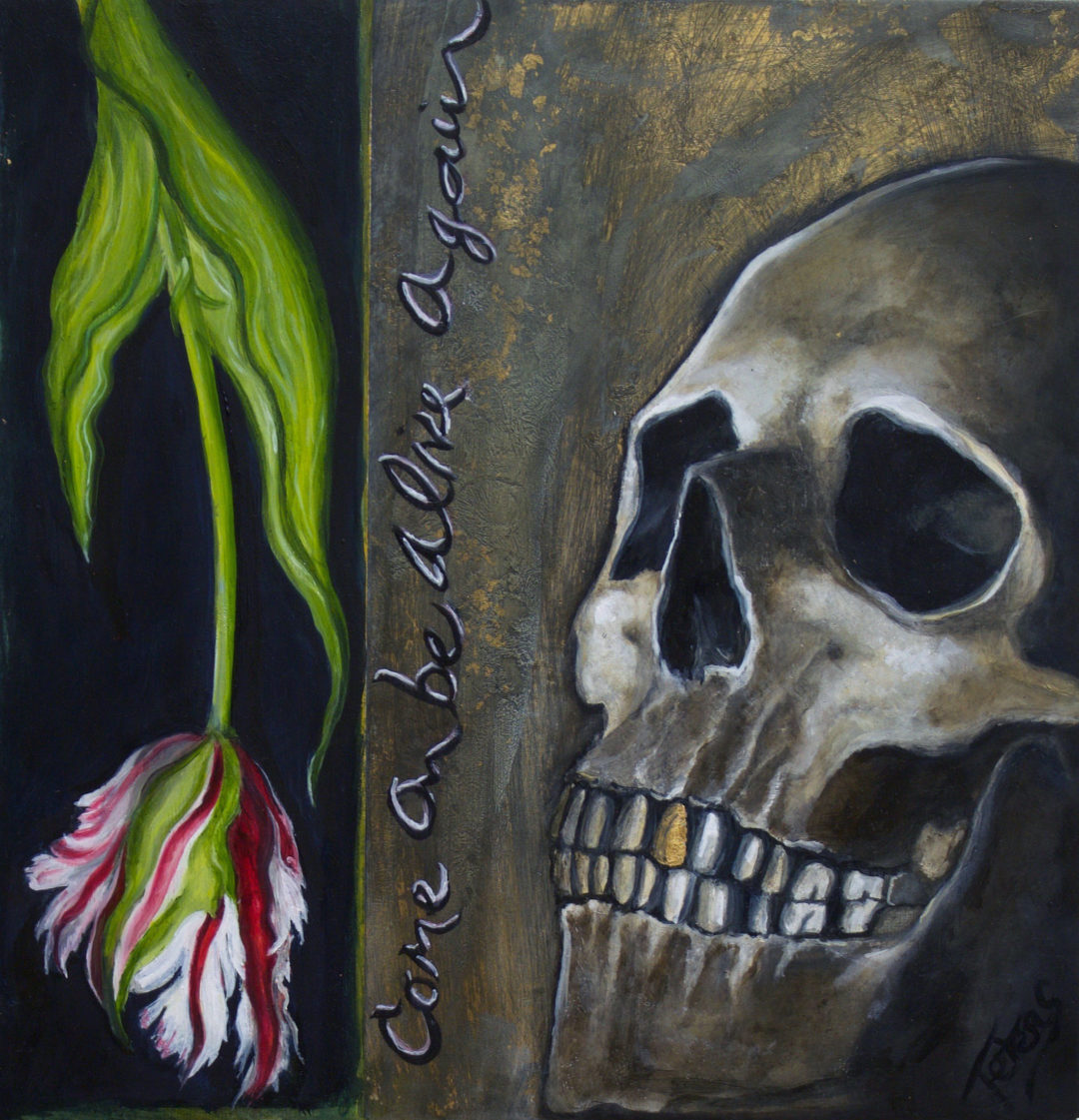 Memento Mori is a Latin term that translates to “remember that you will die,” and has been illustrated in numerous works of art. While the expression may sound somber, the point of Memento Mori is to serve as a reminder of our mor-tality so as to make best use of the time we have now. Be Alive Again is from my series entitled Nova Memento Mori. The series is a modern version of the traditional Memento Mori or Vanitas type painting. A skull or skeleton is almost an obligatory inclusion in this type of painting, symbolizing of course, death. Flowers, fruit, a watch, an hourglass and other items which are temporary, fleeting orephemeral are the norm for these macabre still life compositions. Be Alive Again is only stylistically different from the originals. Parrot tulips are common in 15th and 16th century painting, but they would not have been painted upside down in a partitioned space, the skull, would probably not have a gangster-ish gold tooth, and the vertical scrawled phrase is from the song Malibu, by Hole.
Although, the style is different the message is the same, live your life now, it’s brief!