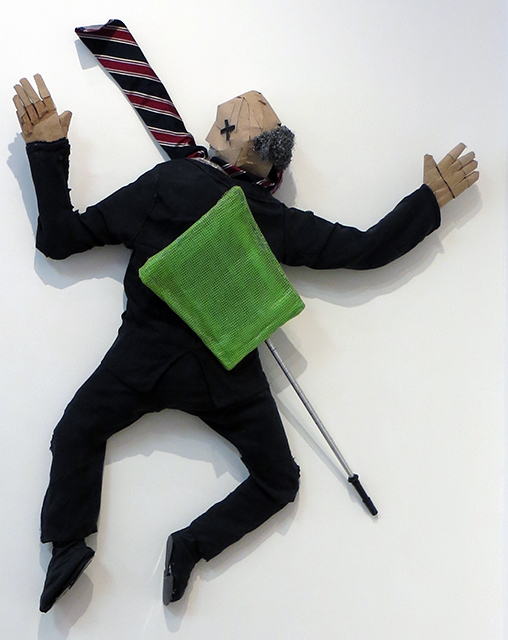 One Less Lobbyist This piece stemmed from a humorous moment between me and my sister and our shared contempt for male privilege, especially while wearing a suit. However not wanting to attack a gender I instead chose an arena of political corruption dominated by males in the same outfit, Lobbyists.Though the list of weapons and methods is long, I decided on the flyswatter for (comedic purposes and its value as a low level sporting good.)Targeting lobbyists and their powerful role in marrying corporations and politicians and ultimately government was an obvious choice and the longer our govern-men operates on behalf of corporations the greater our call to stop fighting amongst ourselves, grab our pitchforks andflyswatters and take up arms against the corporatocrac.