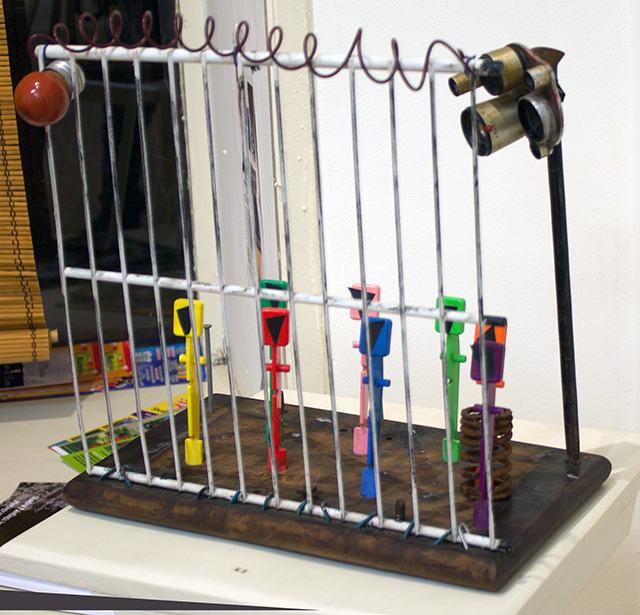 There has been much discussion concerning the prison system in the United States. We have a large and brutal system that has more inmates on a percentage basis than any country on Earth. Of that population 67% are people of color. “400 Years” is my reaction to that system and the preponderance of people of color incarcerated within in it. The piece has been purposely made with ugly and difficult materials that match my total disgust not only for our prisons but the entire history of utterly violent treatment of African Americans since they were first brought in chains to North
America in 1619. A true history of African Americans in America is vastly unknown and it is my feeling that until this history is brought to light the racial problems we experience here will never have a chance to become undone. “400 Years” is actually the second prison piece I have done so it is a subject that has long been on my mind for the vastly negative impact it has on The United States of America and it’s population. There are many who feel this prison system is a true extension of slavery and the manner in which powerful have marginalized so many people in such a complete manner.Politics eventually works it’s way into my art. “400 Years” is one of those pieces. It’s artistry certainly is not rooted in beauty or grace, but more in what it asks viewers to contemplate.