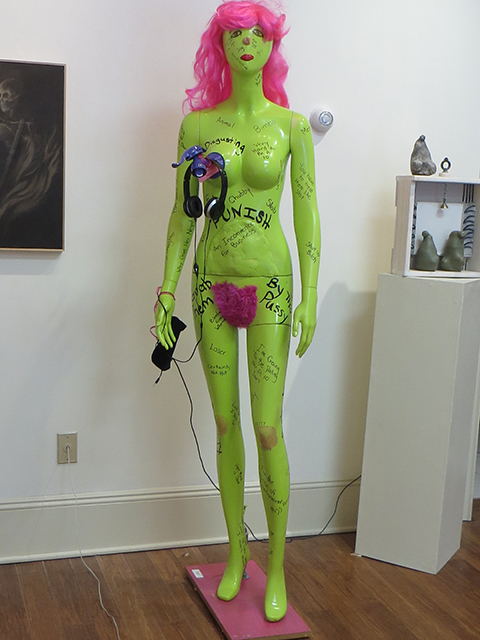 It’s Just Words Folks is a mixed media sculpture covered with derogatory quotes Donald J. Trump has made about women, both confirmed/recorded and alleged over the years.  In addition to the written texts on the mannequin form, itis also hooked up to audio recordings of the president-elect speaking some of his infamous quotes of women as well.  Viewers are invited to interact intimately with the work as they put on headphones to hear Donald Trump speak down their neck. 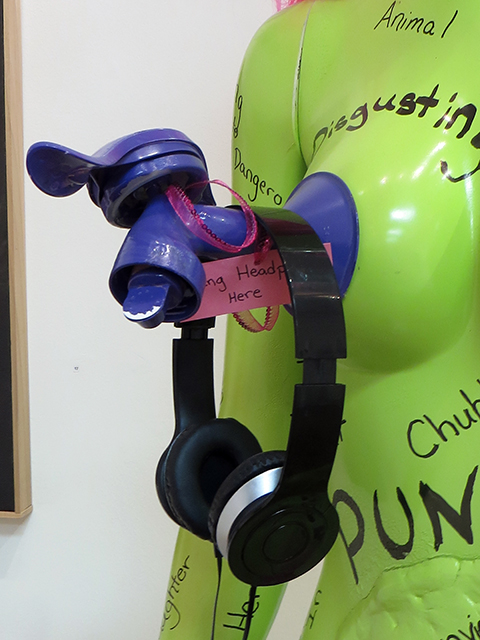