Steven Epstein “The old man and the egg” acrylic on canvas 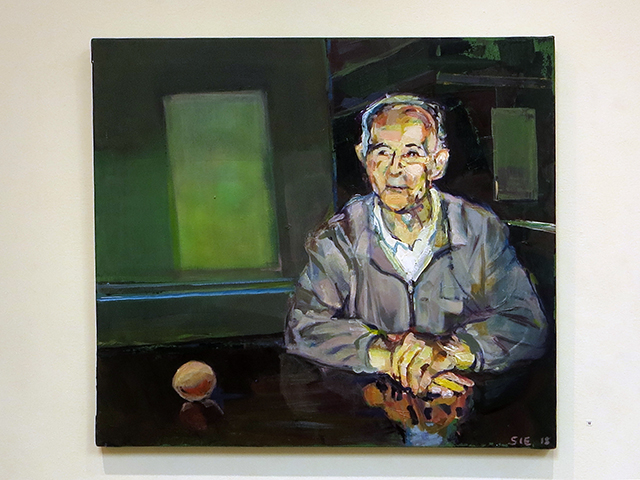 Winter, the cold and bare season, is also used as a symbol for a state of being or time of life.  In the seasons of a person it is usually associated with old age.

In “The Old Man and the Egg” I’ve associated winter with the advanced years of the subject.  The subject is my father in an assisted living center.  The life he has lived in full is in his countenance, the lines in his face, the wear and scars, the character of his hands( he called them “lapas”) with which he made his living.  All the experience of his years are there and though he might seem to have a mischievous look on his face his memory is as faded as the green blanks on the wall behind him where pictures had been hung and taken down; his state of being as fragile as the egg in front of him.  The Blues come into play from knowing him and what now he has become and what we all may become as we head through the last season of our years.