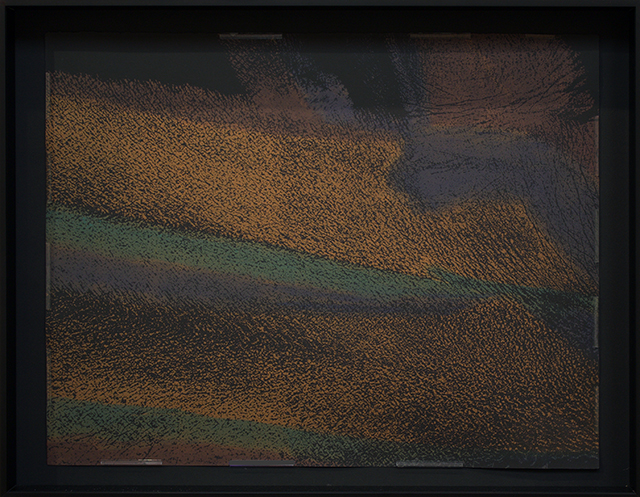 All the works listed are “cast” – in the ancient sense of “casting” or laying a wish (or a curse) from a “soothsayer” or psychic practitioner. It is interesting that even today we think of shadows being thrown upon or cast off of objects or persons. The forearm “skin prints”, “mariah’s wave”, “persephone’s plumes”, and “aurora’s strand”, are shadowy remains from an actual forearm. Different parts of the forearm, inked and transferred onto Mylar and then printed as color viscosity lithographs, show what remains – a shadow of its actual self. They no longer resemble the particular human being, but appear as abstract forms which might derive from nature, shadowy landscapes, seascapes, magical remembrances from Greek myths. What interests me as an artist is the concept that in some form the body always seems to cast shadows of itself, that is, it always leaves behind something of itself, little personifications of what it was.