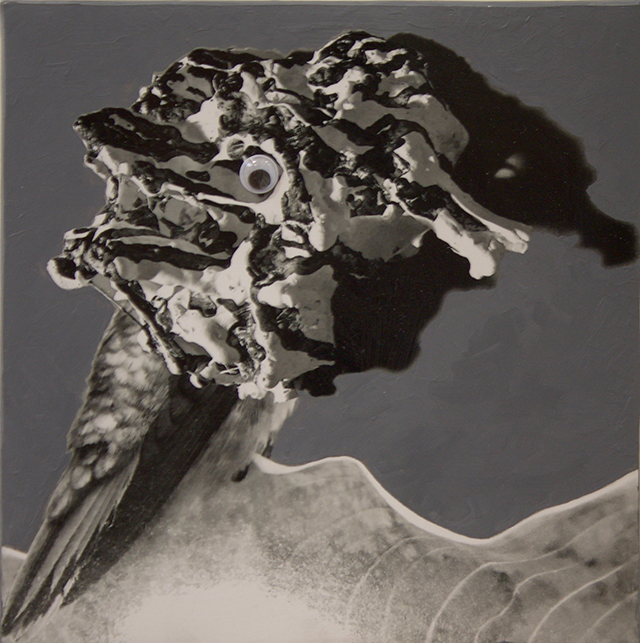 The Birdcone resulted from situating a small abstract sculpture I had made from tape and glue several years ago on top of a photograph of a bird, and positioning a light at an angle which would create a shadow that would emphasize the “birdness” of this new creature that was developing. I took a photograph of it, and edited it in my phone. Once I had the print, I cut away most of the background, and glued the main subject matter onto another surface. Acrylic and other media were added to complete the piece. The Conebird’s “beak” could be seen as the part pointing to the right of the composition. At the same time, with the addition of the googley-eye, the “beak” could be seen as the part opening out toward the left of the composition and the viewer.