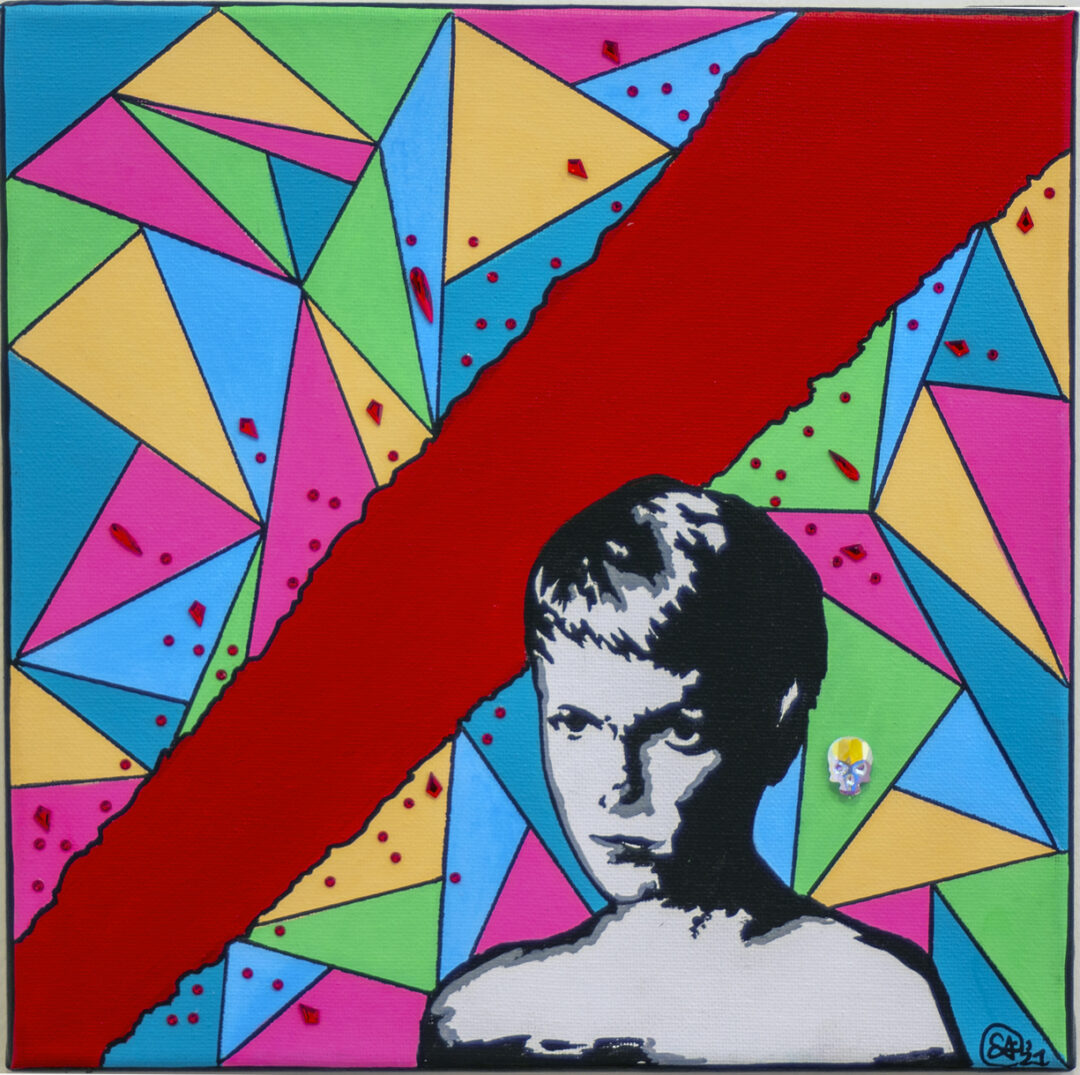 “The Final Girls” series of paintings is a commentary on Intersectional Feminism via the Final Girls Trope in Horror Films.  Each character is painted in black and white against a colourful backdrop adorned by twinkling crystal accents.  The intent of greyscale figures is to create a bold, stark contrast illustrating the Final Girl’s ability to filter out the noise and rise above, and finding a balance between light and dark, good and evil.  The use of sharp, triangular shards in vivid colors is meant not just for geometric and visual interest, but also as a rejection of the patriarchal value that women should be soft, quiet, and demure.

The colour palettes are selected from cinematic stills from each character’s film; these are sometimes selected from subtle imagery from the background or an article of clothing, or a fleeting moment, as our Final Girl often notices the small details others around her do not, and thus leading her to a life-saving revelation or clue to solve the crime. The gaping slash down the center is painted in red surrounded by red Swarovski Crystal blood splatter, representing not only the slasher sub-genre itself, but also tearing down the oppression and violence of the “Male Gaze” and other misogynist viewpoints.  The image of “death looming” is represented over the shoulder of each woman by a Swarovski Crystal Skull, but is smaller than the protagonist in order to represent them overcoming death and destruction.

This series of paintings is a commentary on the violent consumption of women in society as a commodity and sexual objectification, and intended to subvert the antiquated and inherently violent “Male Gaze” through the use of Horror Genre “Final Girls” and “The Female Gaze” as their characters are reinterpreted by an intersectional feminist woman artist.