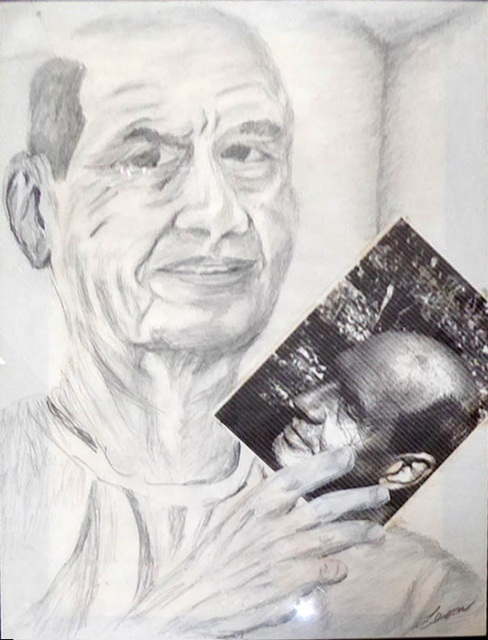 After submitting her work, a collaboration by her husband, Leon R. Jansyn and herself, Ruth Jansyn passed away recently. She was a long time supporter and friend of Hamilton Street Gallery, and will be greatly missed. The following bio  exemplifies thephotographic talent and  accomplishments of this wonderful woman.

Biographical Sketch I spent the first third of my life in Chicago, attending various branches of that citys university from fifth grade through graduateschool.  At various times along the way to the doctorate (in modern European history), I taught high school, lived in Germany and France and began my 32-year career as college professor.   Once I left Chicago for good, I moved to Virginia, the District of Columbia and Brooklyn, New York.  Finally, tired of big city life, I moved to Highland Park, where I have lived for over 30 years.  For 13 of these years I commuted to Brooklyn before em-barking on life as a retiree.

Although raised on the shores of Lake Michigan, neither my husband nor I cared for cold weather.  As soon as we could, we began spending more and more time traveling both within the United States and overseas, going wherever the fancy struck us.  We participated in archaeological projects as widely separated as Northern Italy, Australia and Russia.  When not digging for artifacts, we visited relatives in Europe and across the United States.  Age finally caught up with us and we purchased a winter residence in south westTexas where we could lead a more sedentary existence.  I currently am active in community affairs and photograph mainly with an eye to the tourist trade in the vicinity of both a national and state park.  Inspired by my mother’s spectacular pictures dating the 1920s, I photographed landscapes from the time that I could hold our venerable Kodak box camera more or less steady.  After my brother attempted to sterilize the box, I graduated to a series of more advanced, but less inspiring cameras.

Over the years I used my camera to document my European wanderings.  Working as a historian in pre-computer days, I needed to microfilm documents, and I purchased a Japanese imitation Nikon.  Not only did my documents suddenly become legible, but thephotos that I took of the places that I visited were vast improvements over my earlier point and shoot images.Unfortunately, once the microfilming craze ended, I sold my good camera. Then, as retirement approached, I participated in a number of archaeological digs.  I needed something better than a standard p&s.  My new Minolta 7xi frustrated me, and as soon as I retired, I began taking photography courses at Long Island University in New York City.  Seven years of part time studies later, I turned myself loose.

People often ask what camera I use.  I don’t believe that the brand name or the number of megapixels are of earth-shaking importance.  For me, the most important instrument is my eye, both when I snap the shutter and then when I view the image, at one time in the enlarger, and now on my computer screen.  I take a lot of shots, but work on only a few.  And that, I believe, is what seven years of media arts has taught me.  Thank you, my long suffering instructors.