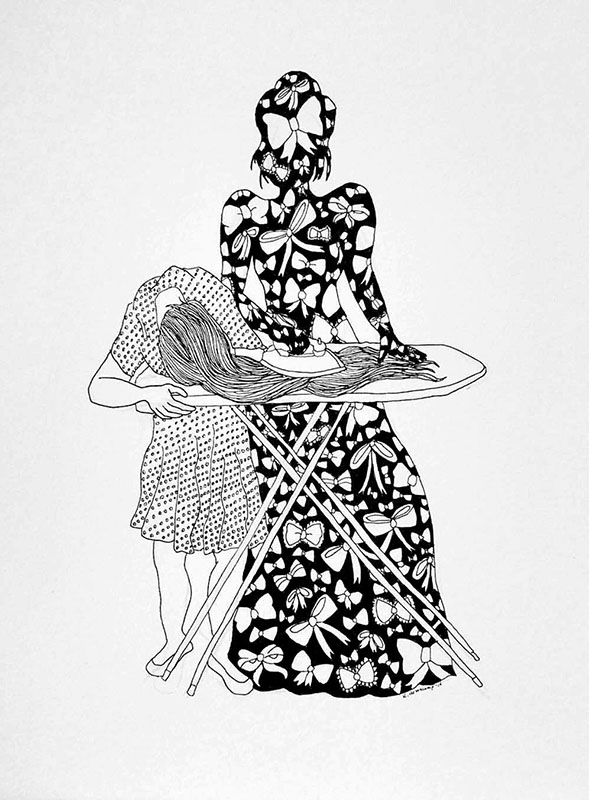 Katie Hovencamp began her professional studies at the Baum School of Art in Allentown, PA and received her BFA from Ari-zona State University in 2009 and her MFA from the Pennsylvania State University in 2014. Hovencamp has exhibited her work in numerous exhibitions within the United States, The United Kingdom, and Latvia. Her work has been reviewed in the Chicago Reader and several online and print publications. She was the recipient of the Outstanding Student Achievement Award for Con-temporary Sculpture in 2014 and the University Graduate Fellowship at the Pennsylvania State University in 2012. Hovencamp has participated in residency programs at Vermont Studio Center, Serde Interdisciplinary artist group in Latvia, and the Tyrone Guthrie Centre in Ireland. In 2016, she was award-ed an artist residency with International Sculpture Center at Mana Contempo-rary in Jersey City, NJ. She has taught at various institutions such as the Edna Vihel Center for the Arts, Totts Gap Art Institute, Pennsylvania State University, Harrisburg Area Community College, and most recently Keystone College.