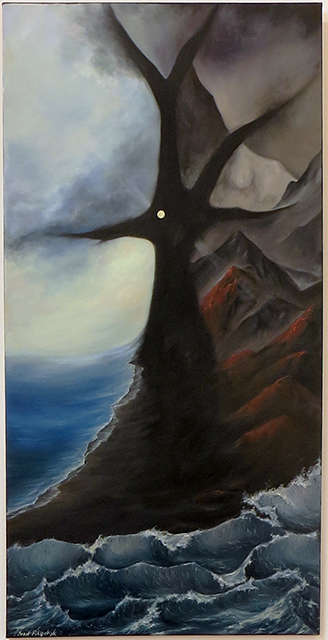 Ivan Filipchyk, 24 years old,  was born in Belarus, small country in the Eastern Europe. He began to study music and visual arts at the local Art school in his hometown. Thereafter he continued his music education in college, majoring as an accordionist. After the graduation from Gnesin Academy of music in Moscow in 2015 he moved to USA, New York. Now Ivan continues his music career actively combining it with visual art.

Artist statement:
Though haven’t been involved with visual arts since the graduation from art school and for 10 more years to come, I felt at some point that music, being a powerful source of inspiration and abstract ideas, is not enough for self expression. That was a turning point after which I couldn’t imagine my life without painting. Though much more concrete a type of art than, say, music, representative painting seems to me capable of conveying very abstract ideas and allowing  a lot of variation, hence rich and unlimited.