Irene Riegner “Inside the Glass Towers: The Masters of the World” photography  (Sculpture by (Michelle Post), 2019 13” X 19”, 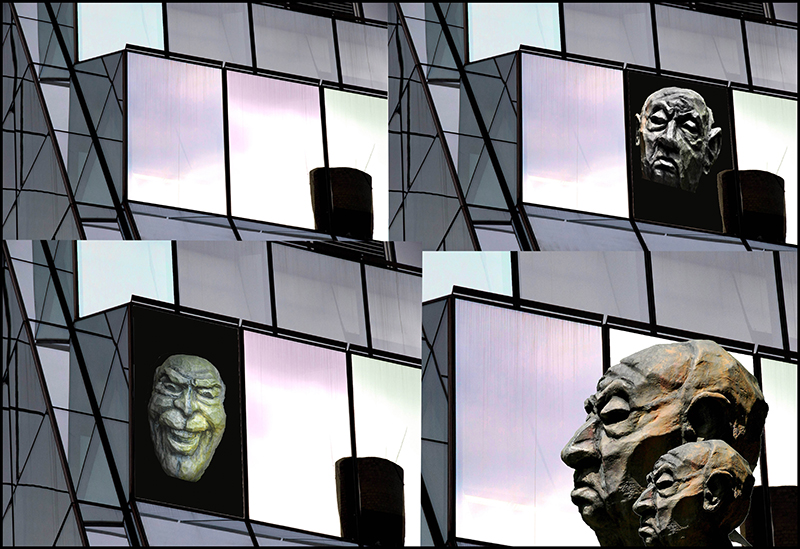 I feel ambivalent about “gentrification.”  NYC has always remade itself.  Iconic buildings of today such as Grand Central Station, Rockefeller Center, and the Empire State Building, bulldozed and replaced earlier buildings–offices,  homes, stores–and displaced their occupants, their homes and even their livelihood–and probably tore down architecturally and historically noteworthy structures.  And yet, the human cost is rarely considered in the grandiose plans of developers where money is the bottom line.
Once again NYC is reinventing itself by designing needle thin structures sheathed in glass–which few people can afford (and are often empty)–and almost reach the moon.  Neighborhoods are fractured; with spiraling rents;  locally owned stores are forced out of business; and people who have made the neighborhood their home for decades are often forced to move away–or live on the street.  I  have no solution to this cycle.
For me photographs are the raw material.  In these pictures, I combined photos often shot years apart to create my vision of NYC and the ambiguity inherent in its new metamorphosis.