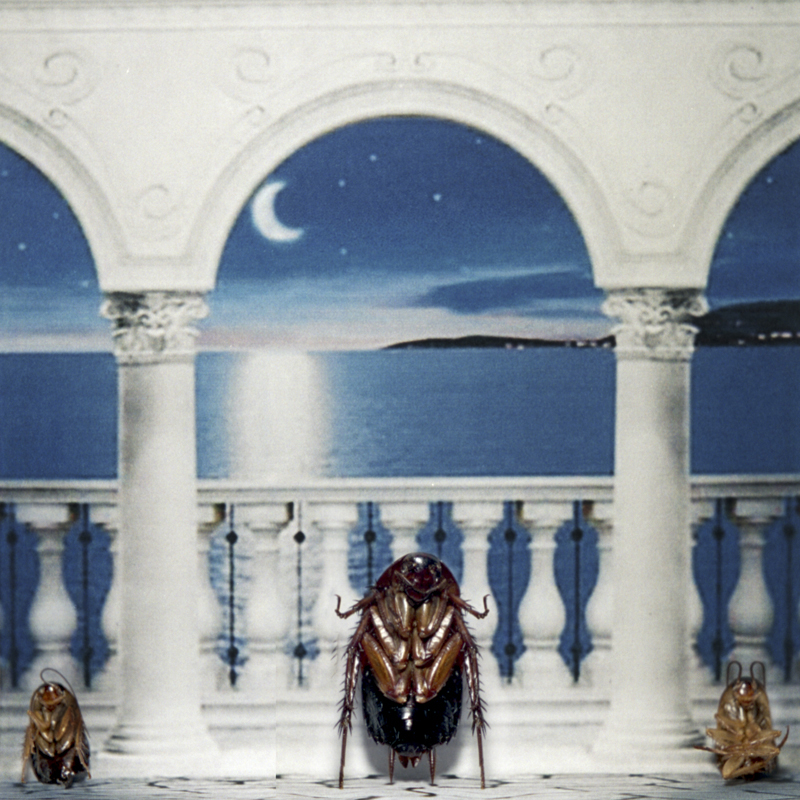 These images explore the fantastical lives of our nocturnal domestic partners, the cockroach. Throughout the ages, the cockroach has been a nuisance to humans, growing and changing alongside man and adapting to his behavior and the environment that he provides. Our attempts at eradicating them have been met with extreme failure, and as testament to their resilience as a species, it has also been predicted that they could outlive humans. If this were to happen, than the cockroach in a sense would be an artifact of human existence, a link between life after humans and before. In these images,  they are depicted as other-wordly night beings that exist between the contemporary era of humans, and the one yet defined, as spirit animals shuffling the world off to the great unknown.