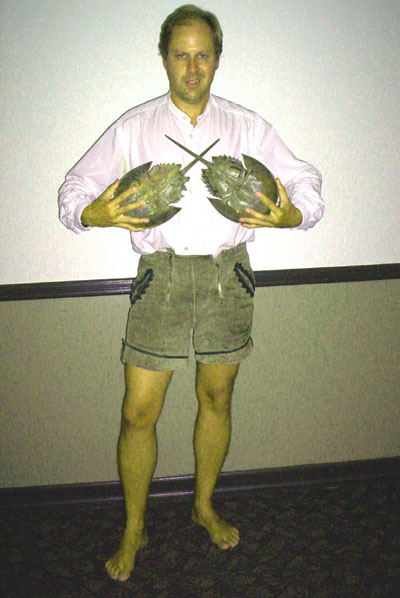 I am a Montclair , NJ artist who walks…a terrestrial animal. How often is it that someone is walking up a main street during an april snow shower and gets approached by a girl reporter who photographs and interviews them, then publishing their picture
on the front page of a major New Jersey newspaper?
NOT OFTEN!  a rare, bizarre chance occurance.

Richard Gessner’s work is published in: 580 Split, Air fish, Rampike, Another Chicago Magazine, Happy, Raw Vision, The Pannus Index, Coe Review, Ice river, Furious Fictions, The Act, and many other magazines.
His “Excerpts from the Diary of a Neanderthal Dilettante” and “The man in the couch” was published by Bomb Shelter Props 1991 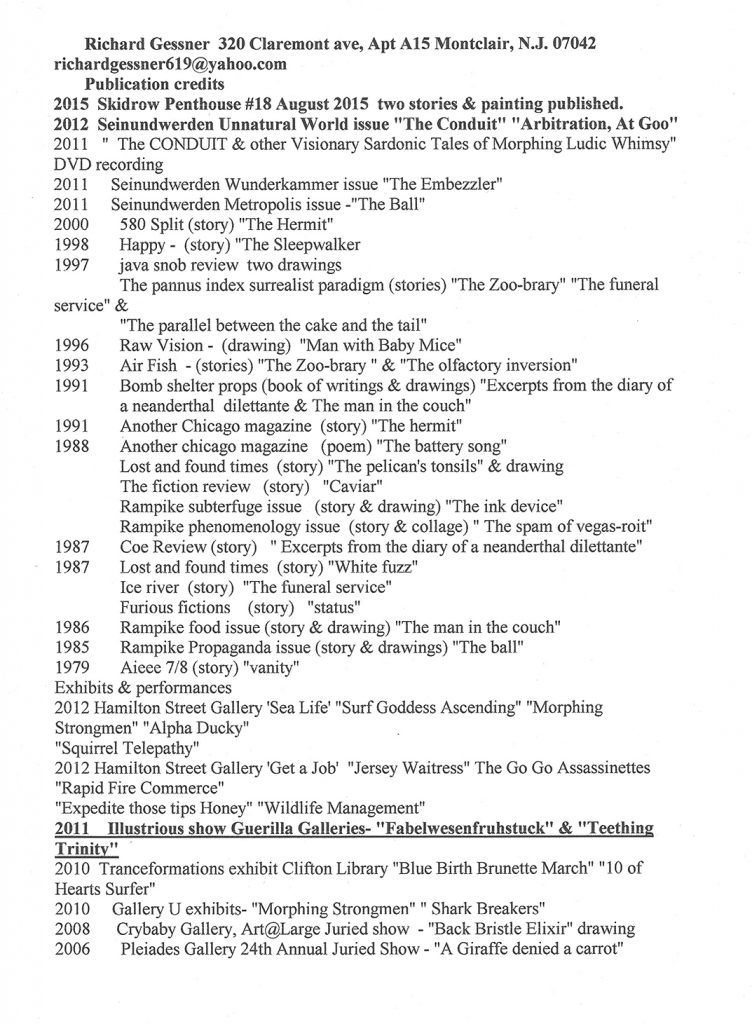 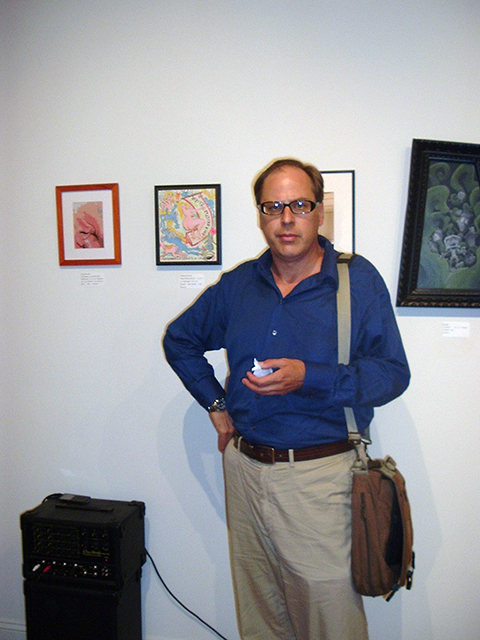 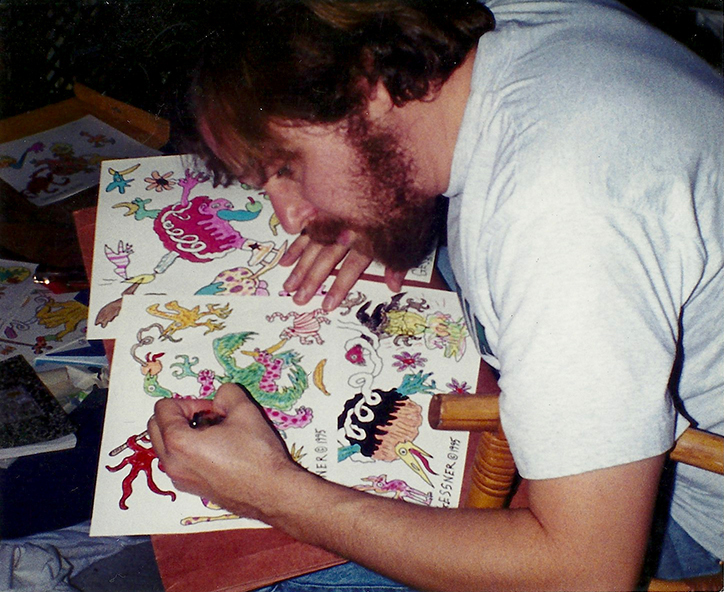 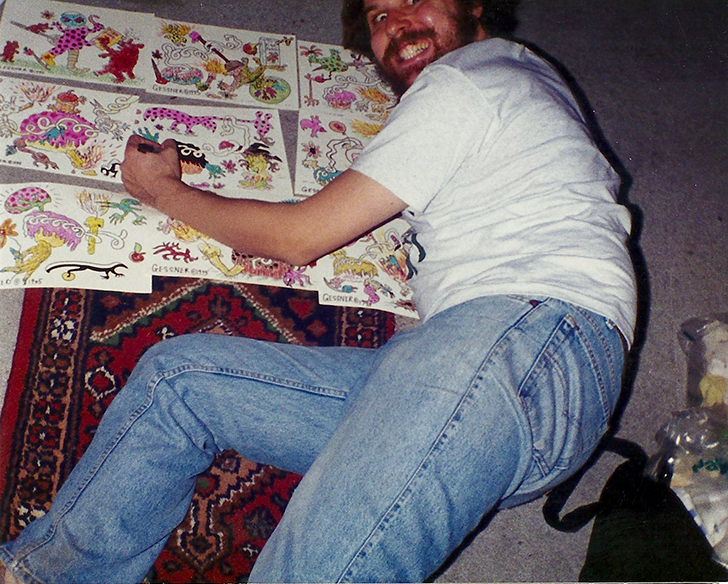 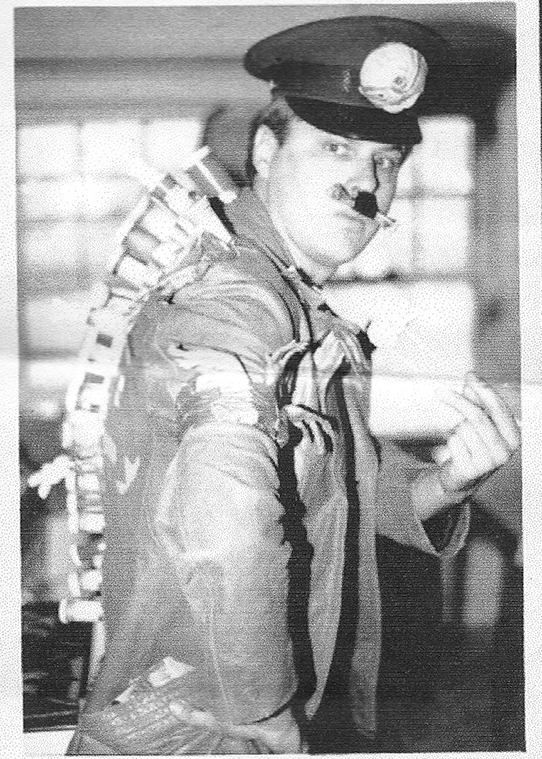